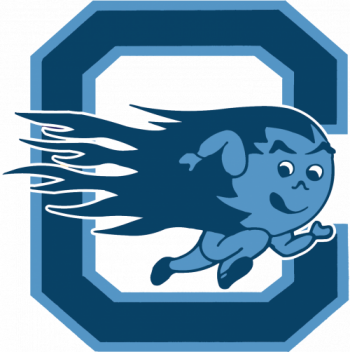 For the second year in a row, Chanute High School came out on top after a tightly contested race with Pittsburg for the 2020-2021 Martin Rohde SEK All-Sports Award.

At the end of the winter sports season, just half a point separated the two schools in the Southeast Kansas League standings, with Chanute at 42.5 points to Pittsburg’s 42. During the spring season, Chanute secured the win with three titles, in boys’ wrestling, baseball, boys’ track and field and girl’s track and field and a share of the league championship with Fort Scott in baseball.

Final standings for the Martin Rohde Award, named after long-time Pittsburg educator and coach, was Chanute in first place with 76 points, Pittsburg in second with 73.5 points, Fort School in third place with 62 points, and Independence in fourth with 61. The Tigers won four league titles during the school year, including football, girls’ cross country, girls’ wrestling, and baseball in a tie with Chanute. The Bulldogs earned three league championships, including girls’ tennis, boys’ tennis and boys’ golf.

“The best part of this award is it doesn't just reward the winners but it puts a value on how you finish in each sport so every single team was an integral cog on the way to winning the ultimate SEK team award,” said CHS Athletic Director Zack Murry.

This year the Rohde Award returned to its full format this season, including 17 total sports championships during the fall, winter and spring seasons. Although schools also compete in boys’ and girls’ swimming, they have not been declared official sports as of yet by the SEK.

“I am so excited for our coaches and athletes with the announcement of Chanute High School winning our second consecutive Martin Rohde award,” Murry said. “This shows the hard work that is put in during the offseason and the regular year paid off. We had numerous great seasons this year led by our SEK Champion Wrestling, Baseball, and the Boys and Girls track teams. It is a great time to be a Comet!”

Last year, when Chanute claimed the all-sports award it ended a string of four straight championships by Pittsburg. With its second win in a row this year, Chanute has raised its record to five Rohde Awards since its inception in 1976-77 school year.

Pittsburg still holds the most in SEK history with 15. Fort Scott is second on the all-time list with 9, followed by Independence in third with 7, Labette County in fourth with 6, Chanute in fifth, and Parsons and Field Kindley tied for sixth with 2 each. Columbus, Iola and Ottawa never won the Rohde Award during the years they competed in the Southeast Kansas League.