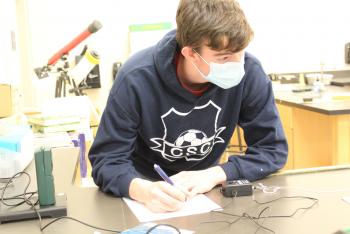 “I’ve loved science and math all my life,” he said, but it isn’t the subject motivates him. “I love finding a problem and finding a solution. I see a problem and I’ll try anything to solve it if I can, in math or science.”

The Chanute High School senior is one of 1,609 semi-finalists for a Coca Cola Scholarship, having been selected 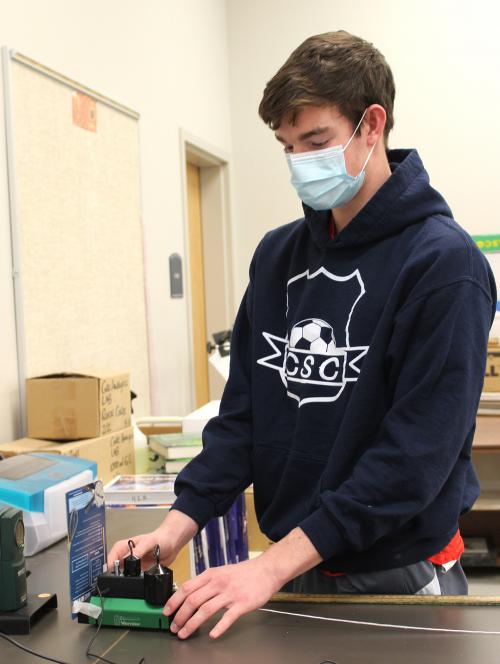 He thought it was “pretty crazy” when he found out. “I was super excited. I worked really hard on that application,” he said. “It helped me appreciate that the hard work I put in really accomplished something. It pushed me a bit to do even more scholarship applications.”

“Lawson was selected to apply for the US Presidential Scholars Program based on a variety of factors including his academic achievements, extracurricular achievements, and character,” said CHS counselor Jessie Fewins. “We have been notified that he is a finalist.”

When asked what sets him apart from other applicants, Lawson said, “I do love school more than a lot of kids.”

Fewins commented on his work ethic.

“I definitely think these are accomplishments worth including. Lawson's work ethic, entrepreneurial spirit, character, and focus to achieve goals set him apart from his peers and that is being recognized,” she said. “He deserves it.”

Collins has been in 4-H for 12 years, is current president of the Best Yet club, and considers himself “a passionate leader who sets goals and tries to achieve them.”

He wanted to make a difference in his community and started his own curbside recycling business in Chanute where he picks up paper, cardboard and aluminum from local residents.

“I know my work has done (something) better for the community,” he said.

That motivation will be behind whatever career he eventually chooses.

“I’d like to do things that affect the world around me,” and use that passion for problem solving “to do something to make the world a better place,” Collins explained.

Being awarded a scholarship would “mean a lot to me,” he said. “It’s really exciting to me. Obviously I need the money for college. I’ve been saving for college my whole life.”

His initial plan has been to go to Kansas State for at least four years and study Agronomy before choosing a career field. He’s been considering bio-chemistry, Ag management and Ag engineering.

“Really anything in science I’d love to go into,” he said. “I’d like to achieve something, like to do something to make the world a better place.”