City-USD Partnership results in top-notch facility for all 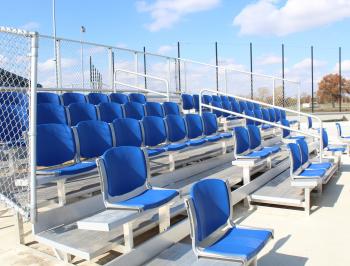 A first look at the new baseball/softball fields at Santa Fe Park leaves even those involved with the project stunned by the results.

“They have totally exceeded my expectations,” said CHS Baseball Coach Kurt Sizemore. “The outfield grass has greened up incredibly, and the turf on the infield just speaks for itself. These fields are something that we can take pride in not only as a school, but the community as a whole.”

On their own, neither the city or school district could have completed the project, but as partners it became a reality.

“It’s a huge advantage in terms of dollars and cents, Superintendent Kellen Adams said. “If we were to build it by ourselves it would be in excess of $2 million. This allows us to have the same quality of facility for our student athletes at a fraction of the cost.” 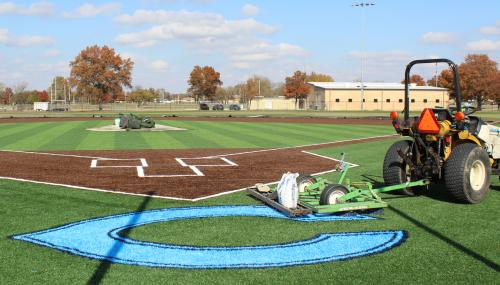 “We were able to concentrate on the turf and drainage. And Todd’s group focused on lights, concessions and fence. We only had to manage a fraction of the project.”

“If it wasn’t for the school district coming on board, the turf would have never been an option for the new ball fields,” City Manager Todd Newman added.

A quality facility was important to the city and the parks department.

“One of the main focus areas of the new ball complex was building a facility that would allow us to start hosting tournaments and attracting crowds that would stay and spend their hard earned money at local businesses,” Newman said. The complex is also a quality of life issue, “a major recruiting tool as we look to bring businesses and their employees to town.

“Lastly is pride, Newman said.  (We) wanted something that the citizens could show off when friends and family members came to town. We believe that the new ball complex will continue to draw interest in the sport of baseball while providing a state of the art facility for our community members to enjoy.” 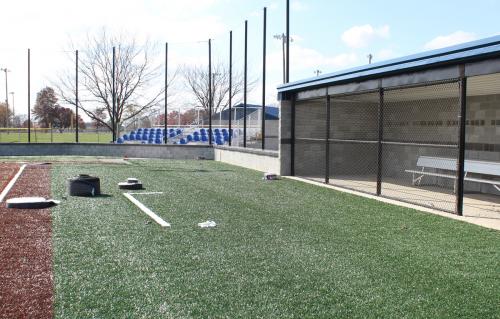 “I truly believe that in a community like Chanute, the benefits of organizations like the city and the district working together on projects will always outweigh us working individually,” Newman said.

“I want to keep that relationship positive,” Adams said. “We’re both VIPs- Very Important Partners. You’ve got to play well with other VIPs in the arena. It is not good for citizens of Chanute when two VIPs are on different pages. We made the community better together by putting up some infrastructure.”

In the meantime, the city has “been huge in shoring up our WiFi shortage with new fiber that’s been brought to this town. We ultimately benefit from that. It’s an example of one entity understanding another entity’s needs.”