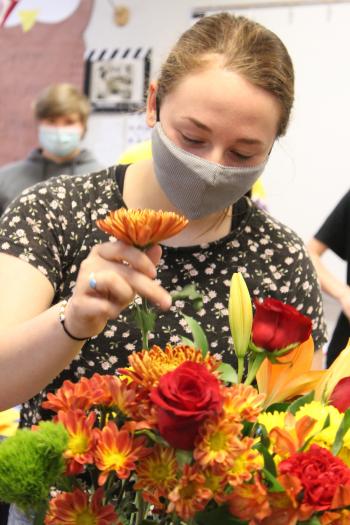 After five weeks of tournaments, Chanute High School debate team members are moving towards championship season on a high.

“We’ve never had such a successful season,” said CHS coach Chase Reed. All but four or five of the 30 team members have already qualified for state.

That’s why he took class time for team members to relax, eat cupcakes, celebrate their peers and how well they’ve competed this fall. 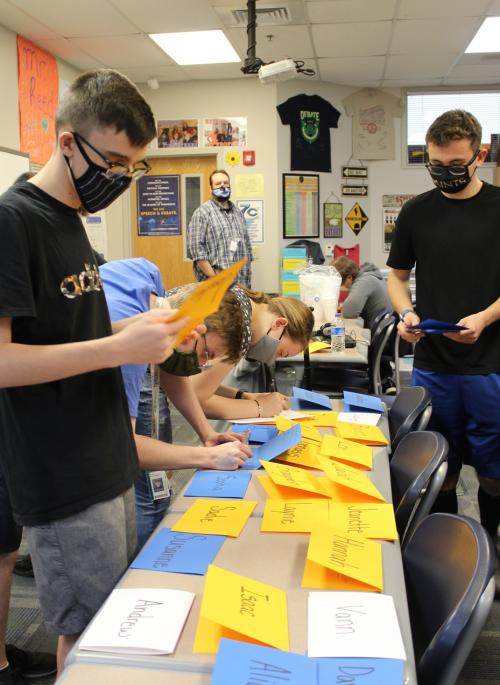 Across the front row of classroom desks lay cards with each debater’s name on one. Reed asked the students to write notes in at least 10 cards, telling how they appreciate the skills, attitudes or contributions of one another.

Next they formed a compliment circle around the room.

“We all have insecurities.  We all have weaknesses,” the coach said. “This is an opportunity for you to take a flower to somebody and say a compliment specific to that individual about why that person matters.”

Reed opened, with, “I just want to tell you, never in my life, I’ve never had a team perform as well as you.”

“You really helped me grow as a debater,” said one while presenting a flower. “You really just never quit.”

“No one else saw what I saw when I debated with you,” said another. “Even though you didn’t have … the confidence, you did it for me.”

“I look up to you so much. You are so kind and helpful and hardworking,” another added.

Reed echoed the bit about hardworking.

“You all deserve to be recognized and celebrated,” he told the students. 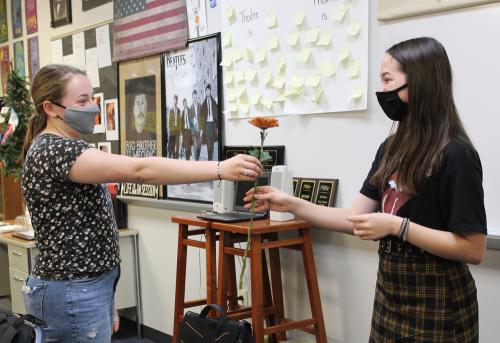 “I can’t think of another team at the high school who works harder than you do,” putting in 20 hours a week and then competing at a tournament. “You do it when no one’s looking,” not in an arena or before a crowd of spectators. “You perform for you. It’s your future,” he said.

Due to COVID, debate teams are not traveling or competing just against teams in their region. COVID has made the competition tougher.

“At every tournament we’ve competed online against 20-30 schools,” Reed said. “They’ve competed with schools across Kansas and even from several other states.”

Last Saturday, the team finished first at the Blue Valley Classic. In prior weeks, they finished second at Field Kindley, third at Wichita East, first at Pittsburg and second at Fort Scott. There is a two-week break before they head into championship debate, starting with the National Qualifier on Dec. 11-12, followed by the Four-Speaker Regional Dec. 18-19, Novice State on Jan. 8-9 and Two-Speaker and Four-Speaker State on Jan. 15-16.

“I see how hard you work,” Reed told them.  “I hope you can get that fire burning again and you’re going to make some great things happen in December and January.” 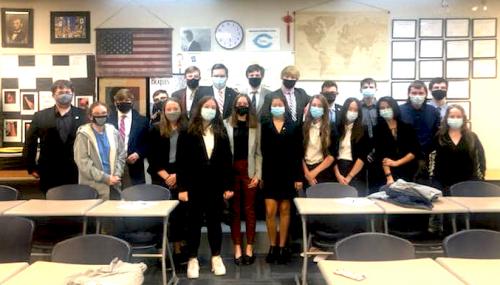