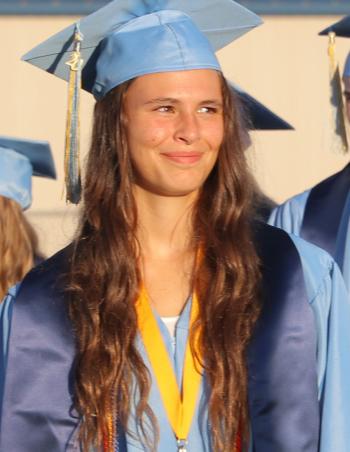 Year-long perfect attendance at Chanute High School does happen. Somewhere between three to five students are given awards for being at school every day, but more than one year is unusual.

“I’ve been here nine years,” said CHS counselor Jessie Fewins. In that time frame, “I don’t think there’s been a perfect attendance for all four years.” 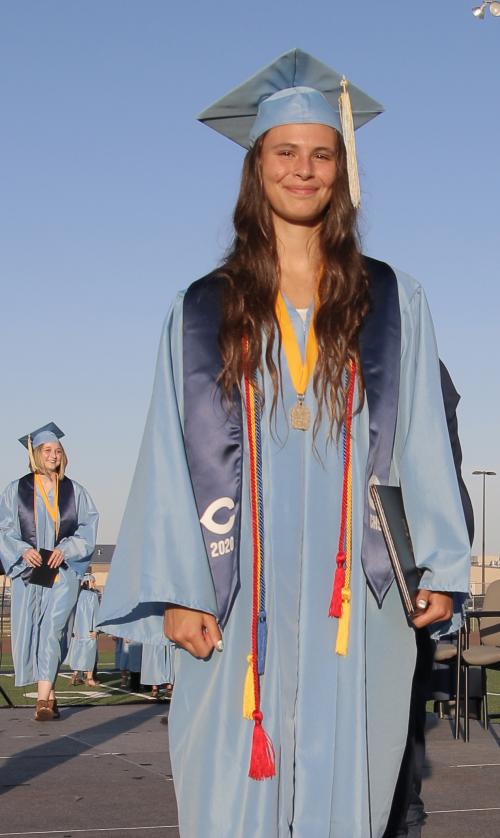 A student with perfect attendance was among the list of senior class accomplishments that Principal Brian Campbell touted at the graduation Friday night. Cheyenne DeVoe didn’t miss a day of school at CHS in a record stretching back to third grade.

It wasn’t a goal the CHS graduate set out to achieve, but her first middle school award made a lasting impression.

She maintained her record and was presented a perfect attendance award for her three years at Royster.

“It felt nice,” she said, but by then her motivation had changed.

“I just never really wanted to miss school because I was worried the teacher would give out an assignment and I wouldn’t know how to do it unless I was there when she gave it,” DeVoe said.

“I never wanted to stay home,” she added. “It worried me not knowing what was going on at school and about missing the homework.”

Other than trouble with allergies and having a runny nose, DeVoe said she felt fine, used a lot of hand sanitizer but didn’t get sick.

Just once, late in her senior year, came a day she just wasn’t feeling good. That was the first time she thought about staying home and realized that would end her perfect attendance record.

“I just took some medicine, sucked it up and went to school,” she said.

Then came a mishap during an early morning wrestling practice.

“I dislocated my thumb and my thumb wouldn’t go back into place. I’d stretched some tendons,” she said.

She took advantage of an open lunch that day.

“I was able to use that and go to the doctor and got back before I had to be in any of my classes,” she said.

“She is a really spectacular young lady,” Fewins said. “I’ve seen her over four years stay hardworking and committed.”

DeVoe isn’t advocating going to school sick, but she will say it’s easier to do schoolwork at school.

“I just think it’s easier to do the homework if you are in the classes. If you’re in class and have a piece of paper to fill out, get it done in class instead of taking it home where it will take longer to get it done,” she said.

Temperature: 91/76
Rain in the morning.
Saturday:

Temperature: 96/77
Humid throughout the day.
Sunday:

Temperature: 95/78
Humid and mostly cloudy throughout the day.
Monday:

Temperature: 96/73
Humid throughout the day.