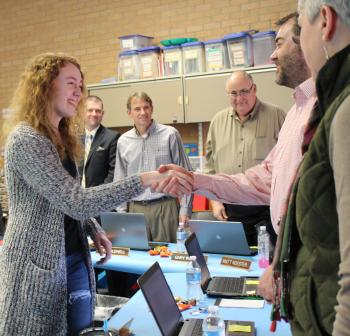 Student journalist Sophie Osborn has been acquiring accolades for her work inside the classroom, along the sidelines of the basketball court, managing social media and capturing student life behind her lens over the four years she’s attended Chanute High School. Last week the Kansas Scholastic Press Association announced that Osborn is the Kansas State Journalist of the Year from 3A-4A schools. 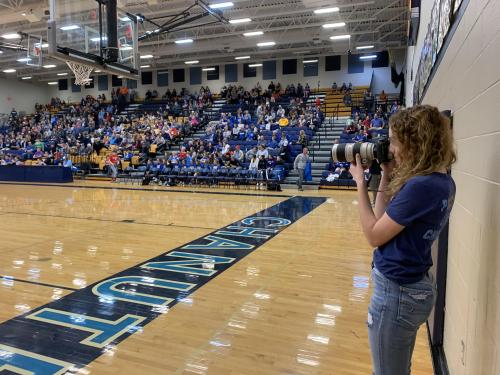 Osborn has received a number of regional and state awards from the KSPA since 2017, including three state titles, three runners up  awards, first place in the Kansas Historical Society photography competition, and third place for a sport reaction photo in the Quill and Scroll national photography competition.

In this latest award, judges took into account her entire body of work, a portfolio that represented her passion, the range of her skill and her leadership.

“Having Sophie in our program has been an absolute blessing these past four years. I cannot imagine anyone more deserving of being named Kansas Student Journalist of the Year than Sophie. Her contributions to our staff - whether as a photographer, an editor, a social media manager, or a writer - are beyond measure,” Fox said.

To be considered for the award, Osborn needed to fill out an application, submit a resume’ and create an online portfolio that reflected her personality along with examples of her work, explanations for each assignment and her reasons for including it in her portfolio.

In her essay, she wrote about how journalism has impacted her life and how she got started.

“I wasn’t supposed to be in journalism as a freshman, but I ended up in the class,” she said.

She learned she could take photos of all the high school events. 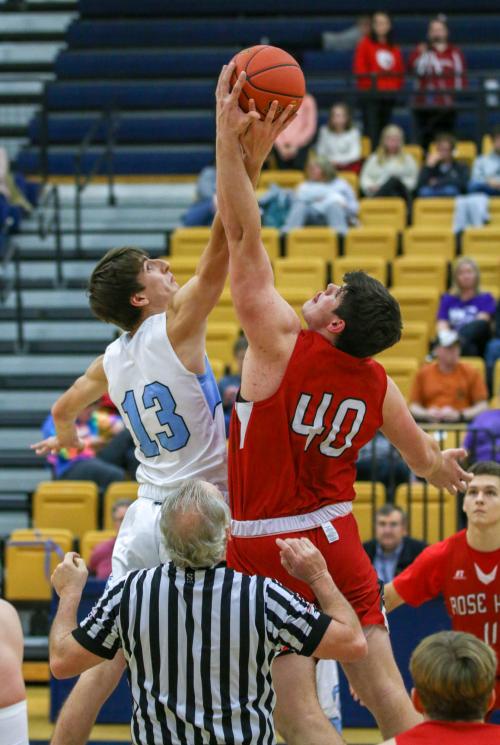 “I started taking photographs of everything I could,” she said.

When Sophie was a freshman I saw the potential right away, but it is hard to imagine anyone having as much success as she has had throughout her high school journalism career. It's not just the competitions though. In fact, all the awards she wins are just a small piece of the amazing work she does day in and day out in our journalism program.

She’s revitalized The Comet’s social media platform, plans what to post and works to increase their following. She serves as the Ad Sales Manager, visiting local businesses to sell advertising space, and then coordinates the design of ads between designers and the businesses. She also manages a team of graphic designers to put together graphics for media.

She wanted her portfolio to show the broad range of her experience and she chose to do that through her photographs.

“I included a lot of stuff, sections of my site where I showed what I’d published in the Chanute Tribune and The Comet, sports and student life photos as well as some landscapes and outdoor portraits. I really just tried to show how passionate I am about photo journalism and used my photos to show my strengths in that,” she said.

In December, 2018 she became an interim sports photographer at the Chanute Tribune until April, 2019.

“It was a cool experience for me, to be able to see some of my work published and to work to get good shots for the paper was a really fun experience,” she said.

“Sophie doesn't just take photos. She tells stories. Her ability to capture moments that pull you into her photo is so special,” Fox said.

“(She) has an eye for photography, and she works tirelessly to perfect her craft. She's never content and is always wanting to be better,” Fox said. “That's what makes her so different. Not only is she exceptionally talented, she puts in the work to make that talent something more.” 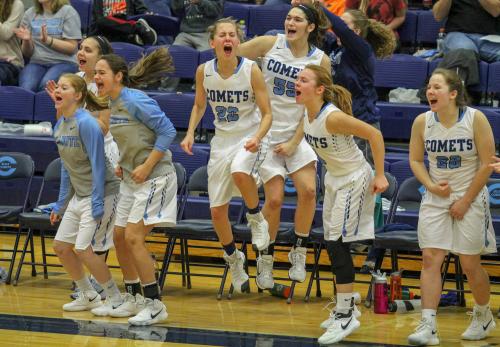