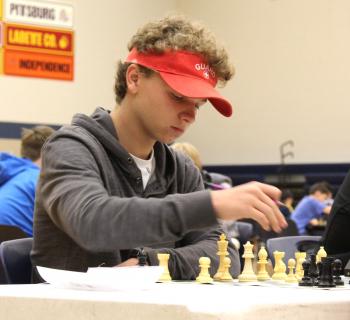 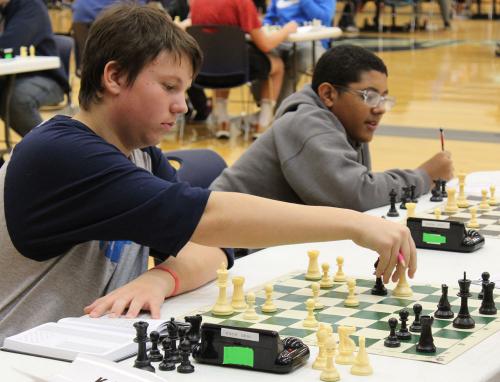 Competition was tough Saturday at the CHS Invitational Chess Tournament. More than 120 students competed in the two divisions spanning grades K-12, roughly a 30 percent increase above the norm.

Rounding out the CHS team was three more freshmen, Devin Spencer in ninth, Darron Jones in 10th and Trenton Diveley in 16th. 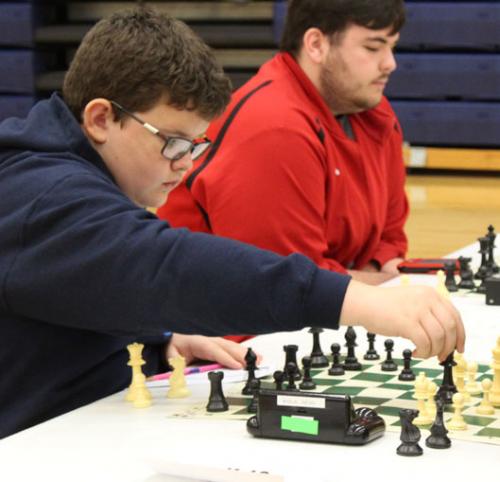 The sixth place B team consisted of Owen Shingle who finished in 21st, Marcus Mooney in 27th, Zander Yoho in 29th and Christian Hare in 30th place.

In the K-8 division of 11 schools, Royster’s three teams dominated the middle of the pack. RMS A, B and C teams finished in fourth, fifth and sixth places respectively, just one game behind the second and third place teams from Galesburg and Neodesha. Parsons finished with a strong lead and 23 points.

The players will have some time to practice before their next competition.

Chanute’s home tournament is the final competition for this semester. The chess season spans two semesters, with four tournaments in the fall and resuming on Jan. 11 at Columbus with another series of tournaments, ending with the state championships in March.

Temperature: 84/63
Clear throughout the day.
Tuesday:

Temperature: 90/72
Clear throughout the day.
Thursday:

Temperature: 92/72
Mostly cloudy throughout the day.