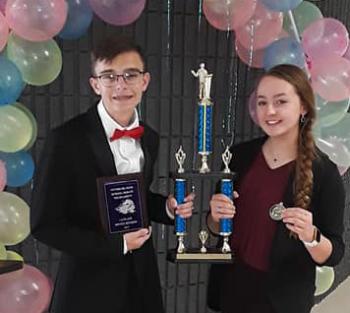 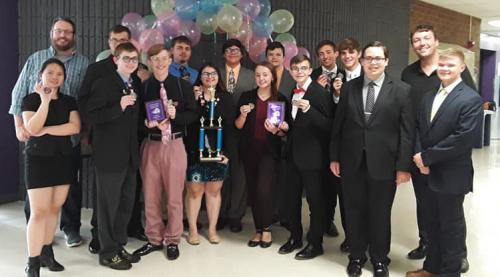 CHS debaters stepped up their arguments on Saturday and came home with a first place trophy from the Pittsburg Policy Debate Tournament.

Solid presentations from the Novice and Junior Varsity teams propelled the Blue Comets to the top of the field among 11 area schools.

In the Open Division, seniors Jay Brown and John Stanley went 3-2 this week and landed in third place. Teammates Breuana DuVal and Braden Tomlinson went 4-1 and took fourth place in JV, while Annyah Yap and Noah Cunningham were 3-2 and took seventh in Novice.

This year, the debate topic for students is arms sales. The resolution states:

The team will travel to Coffeyville on Oct. 12 where Coach Reed said they “hope to celebrate another victory.”

Temperature: 39/25
Overcast throughout the day.
Saturday:

Temperature: 40/27
Clear throughout the day.