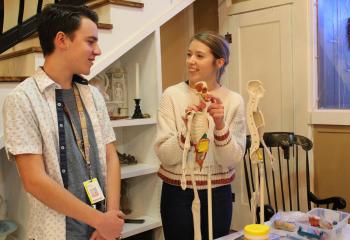 Chanute High School students interested in health-related professions were able to compete for the first time against others who are enrolled in biomedical science classes.

Five teams earned medals. The biomedical debate team, comprised of Breuana DuVal, Jacob Guernsey and Alex Rodriguez, earned a silver medal and qualified for nationals. Jillian Vogel, president and founder of the school’s HOSA chapter, earned a silver medal in prepared speaking and qualified for nationals. She was also elected as a state officer in HOSA. 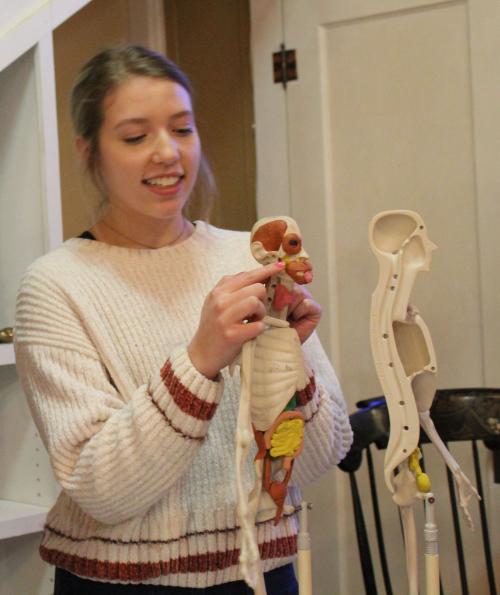 Vogel, a junior, who began taking biomedical science classes as a freshman, approached her teachers about starting a HOSA chapter.

“There is a lot of work to organizing a HOSA chapter. We didn’t have time,” said human body and chemistry teacher Mandy Duling, but told Vogel “if she did the background work and created a proposal, we said we would consider it.”

She did and so Duling and biology and biomedical science teacher Tonya Frederick secured approval from administration and the school board.

It is the recommended club for the biomedical Career and Technical pathway taught at CHS, so it’s a good complement to the program, Duling said.

Several of the students in the program attended a meeting of the Neosho County Medical Society Tuesday night, and set up stations to demonstrate what they learn in principles of biomedical science, human body systems and medical interventions classes. A fourth-year class, biomedical innovations will be offered for the first time this fall. 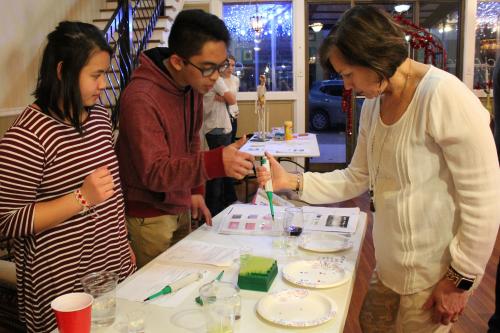 In the first-year principles class, Brayden Dillow brought his model to show what diabetes does inside the body and the relationship between insulin and glucose. He and classmate Abi Morris explained that the students are challenged with finding the cause of death for a fictional person. While learning biology and research methods, they find out the deceased has heart disease, then diabetes and finally sickle cell disease, and they have to determine how she got it.

Jacob Ramsey and Jillian Vogel confessed their attachment to the two-foot “Manekins” that they issued birth certificates to and named after receiving them in Human Body Systems their second year.

“Every body system will be represented in clay on this Manekin,” Duling said. “They can see size comparisons of the organs and how everything ties together.”

Ramsey and Vogel brought their clay to the meeting and asked the medical professionals to shape some organs and attach them to a Manekin.

In medical Interventions, the third year students follow a fictitious family as they investigate how to prevent, diagnose and treat disease.

Mikayla Kwek, Tori Busse and Angelo Andoyo set up a lab to demonstrate the proper micropipette technique they’d been taught.

“We do this for DNA micro array,” Busse said. “We use the micropipette to check the concentration of a certain pathogen in an individual.”

With a little instruction, several of the medical professionals tried their hand at creating tiny drops on the paper plates in front of them.

Temperature: 86/71
Possible light rain in the morning and overnight.
Friday:

Temperature: 95/76
Humid and mostly cloudy throughout the day.
Sunday:

Temperature: 96/79
Humid and partly cloudy throughout the day.